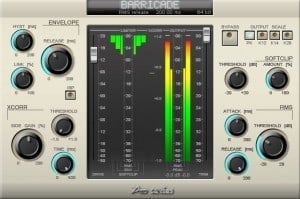 Without any official announcement (or at least I can’t find it online), Jeroen Breebaart has re-released his fantastic old JB VST Plugin Bundle as freeware!

This bundle of old VST plugins is provided free of charge and comes with no warranty or support. Feel free to use these plugins, but use them at your own risk.

The bundle includes all of Jeroen Breebaart’s old freeware plugins, as well as the ones which used to be commercial. There’s a total of 17 VST effects in the bundle:

This is a simply fantastic offer! After Jeroen Breebaart released the ToneBoosters Bundle last year, even his old freeware stuff was not available anymore. And now we’re getting both the freeware and the commercial stuff. Thank you Jeroen!

Please let me know if you’ve noticed an official announcement about the re-release of Jeroen Breebaart’s bundle. I learned about this from Irion Da Ronin (thanks again for the great support, man!), who noticed the link in a thread on KVR Forums.