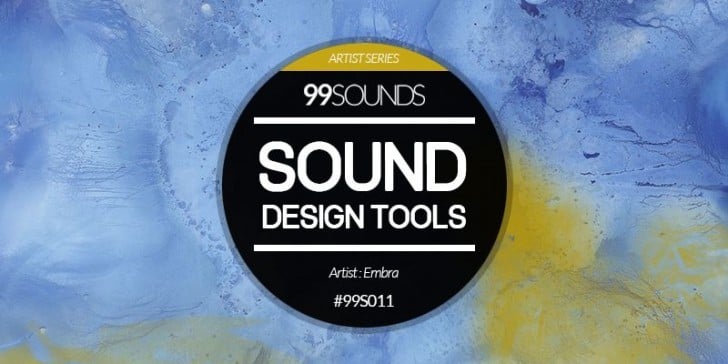 Gavin was working on this sound collection for more than six months, using Ableton Live as the main audio workstation and several 3rd party plugins for processing the sounds. The final product contains 36 drum loops and 324 one shot samples in 24-bit WAV format. A NI Reaktor sample map is also included in one of the folders and an updated version of the library containing NKI and SFZ mappings will be released soon.

It’s hard to describe this fantastic sample collection in just a few words, because it contains so many brilliant sounds which don’t really fit into a single category. On one hand, there’s a folder which contains a bunch of great sounding foley samples, captured from loads of different sound sources such as hydraulic engines, metallic hits, water splashes, etc. Then you have the processed foley sounds which are completely glitched out and which would perfectly fit a sci-fi movie soundtrack or a futuristic movie trailer. Most of these processed sounds could also work as percussive hits or as glitchy SFX bits which you could use for layering on top of rhythmic sequences.

The included drum loops are totally awesome, covering a bunch of music genres ranging from dubstep and electro to house and breaks. They’re all labeled by tempo (ranging from 110 to 172 BPM) so that it’s easier to pick the perfect drum loop from the bunch.

With all of this in mind, it’s understandable that the library was named Sound Design Tools because it contains tons of different sound design material which you can build upon or use it in your tunes out of the box. Speaking of which, the included sounds are completely free for use in both commercial and non-commercial music projects.