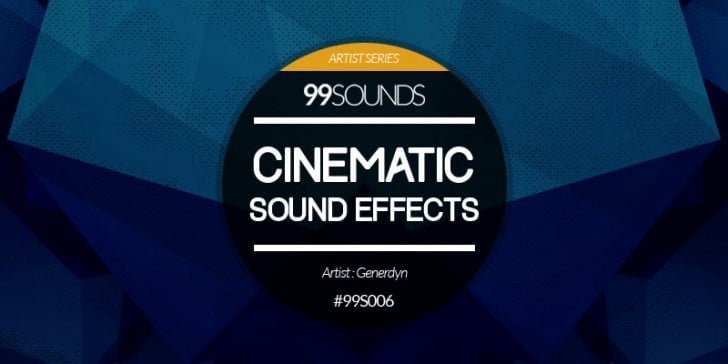 The library contains 50 modern cinematic sound effects such as impact sounds, atmospheric textures, tension builders and background loops. I was literally blown away by these sounds on the first listen, especially their high production value and the variety of the included samples.

The dramatic background loops are my absolute favorite part of the library, along with the tension building riser sounds which could work great in action movie trailers as well as EDM bangers. The impact samples are also quite impressive and I’m sure that you’ll find a couple of favorites among them which you’ll be adding to your SFX stash.

Apart from the one shot samples and loops in 24-bit WAV format, the library also features a NKI patch for Kontakt 5 and a handy SFZ patch which you can use in freeware samplers such as Zampler by Beat Magazine. The Kontakt 5 patch features a custom user interface with built-in controls for the filter section and basic envelope parameters.

The included samples were crafted by Joshua Crispin aka Generdyn, a brilliant soundtrack composer and sound designer from Brisbane, Australia. You can take a listen  to several examples of his sound design work if you check out his SoundCloud stream. Links to his official website and his Facebook profile are featured on the product page linked below.

For more sounds of this type, check out Rumore Cinematic Impacts by HAL9K and The Weird Side Samples collection by Introspectral, both of which are available for free download via 99Sounds. Also, feel free to get in touch if you’re interested in releasing your own sample libraries on 99Sounds!