Nils K1v is a sample-based instrument that recreates the sounds and the functionality of the Kawai K1 synthesizer. The plugin includes K1’s original factory bank and all ROM cards, adding up to 768 presets in total. The preset browser includes a search feature and the ability to edit and store presets. Also, the Nils K1v plugin can import, and export SysEx presets and banks from and back to the original Kawai K1. It can be used as a patch editor for the hardware synthesizer.

The instrument features a resizable user interface with full editing support for the synth engine parameters. Nils K1v has four sound sources per voice, each holding 256 waveforms (204 additive and 52 PCM waveforms). The user can adjust the tuning, envelope, and modulation properties independently for each sound source. It is possible to apply ring modulation between the layers, or use an LFO to modulate various parameters.

Located in the upper-left corner is the XY pad, which controls the level of the four sound layers. It is handy for changing the timbre quickly, with real-time control during a performance.

I owned the original Kawai K1 synthesizer (the module version) for a short while a few years ago, and I can confirm that Nils K1v captures the tone of the original. One significant benefit of the plugin is that it provides direct access to various synth engine parameters. I loved Kawai K1 evolving pads and soundscapes, but the lack of hands-on control over the tone was something I didn’t like, so I decided to sell it. 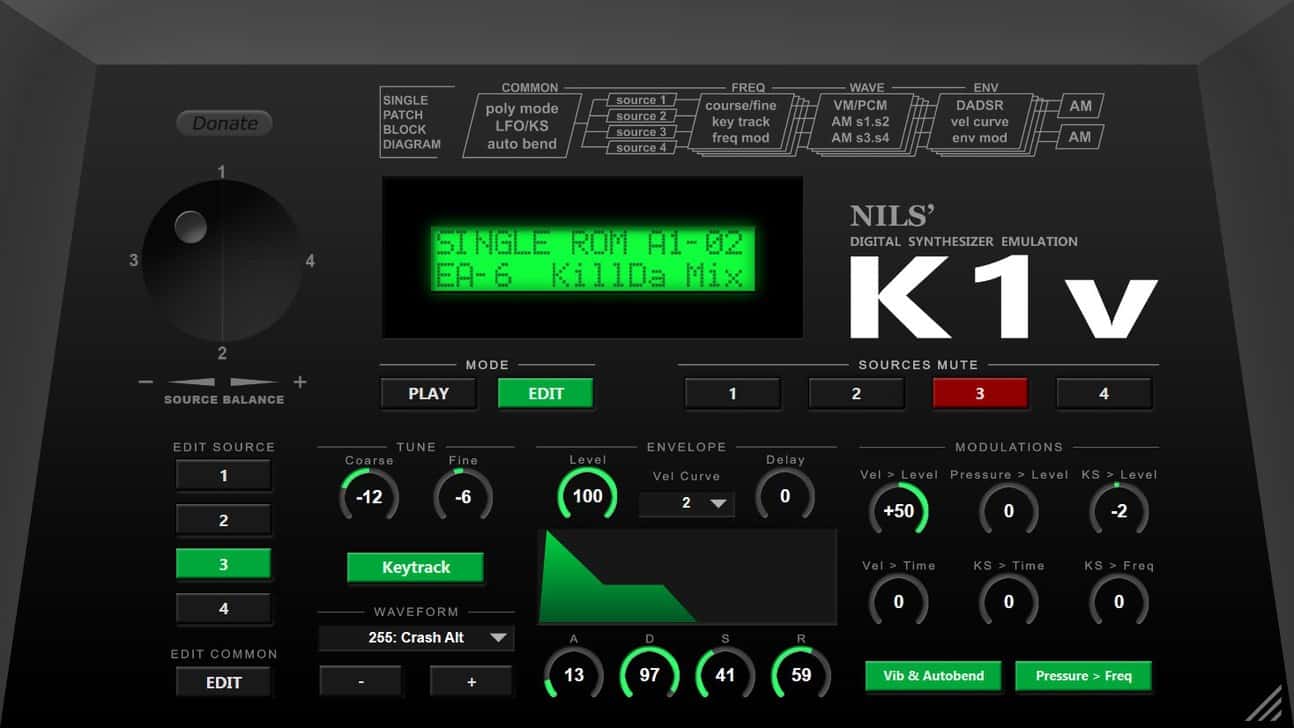 The parameter editor lets you customize and save presets.

Nils K1v is available for free download from Nils Schneider’s website. The software is compatible with 32-bit and 64-bit VST plugin hosts on Windows. Optionally, the users can support the developer with a donation.