FIR Convolver is the first plugin based on GPU Audio’s innovative GPU-based audio processing technology. The idea is to offload all DSP processing to a local or remote GPU, enabling instantly-rendered audio, zero-latency performance, and preventing DSP bottlenecks.

The plugin is free to download and use, but there are some limitations. The current version requires an Nvidia 10XX+ graphics card, Windows 10, and any of the following digital audio workstations:

If your computer meets these requirements, you should have access to an incredibly fast convolution reverb.

FIR Convolver is a simple convolution reverb with a dry/wet knob and 10 built-in reverb impulse responses. It can load external impulse responses in WAV format, so you should be able to use your favorite IRs.

The headline feature, though, is GPU-based processing. Convolution reverbs are some of the most CPU-hungry plugins around, and offloading that to the GPU should significantly improve your DAWs’ performance. 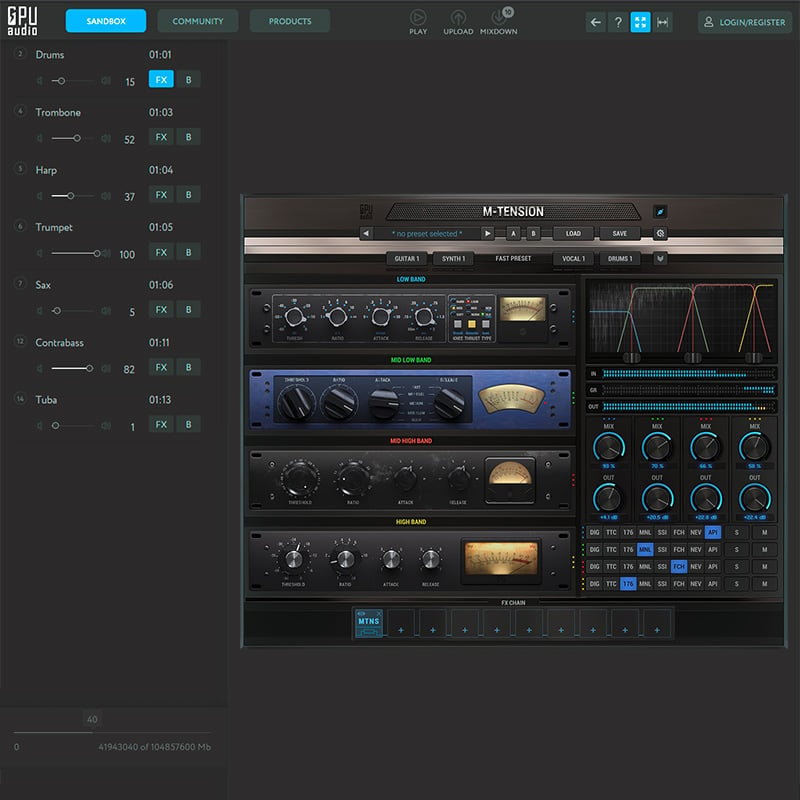 “With GPU Audio, there is no added latency as a consequence of adding more instances, so have fun and stress test your DAW! For example, I was able to run 128 stereo instances within 1ms latency on Reaper.

Please check the Read-Me as this is a test plugin with purposeful limitations and is currently only compatible on Windows PC with an NVIDIA discreet GPU. We are testing across most major DAWs Roadmap ahead includes AU, macOS, AMD card support, and much more. GPU Audio is a full tech stack designed to effectively parallelize audio processing across thousands of GPU cores by offloading DSP from CPU to the GPU and returning within 1ms latency.

The plugin is basically an open-benchmarking test for us as we prepare to launch an entire suite of products in 2 months. We are also forming partnerships with great plugin makers to power up others’ future instruments and have lots of news coming.”

If you’re testing FIR Convolver in your DAW, keep the following in mind: “The Windows Task Manager is useful for seeing how adding instances of a VST3 scales processing loads, however, it is not showing you the “actual” GPU load. Our device scheduler completely occupies the GPU for specific time-slices, if any tasks are running within that particular frame. So in theory, a single channel could show up as *100% GPU* even though we could run 100-200x – orders of magnitude – more channels.”

If you’re interested in learning more about GPU Audio’s platform, tune in for their talk at NVIDIA GTC on March 24th, 2022.

GPU Audio is working on expanding its compatibility with other platforms. AMD GPU support is expected to drop by the end of March, followed by a full beta plugin suite. Support for more DAWs and macOS-based systems is coming in 2024.