Native Instruments have released Komplete 13, the latest update to their flagship mega-bundle that offers a ton of their most popular products for a fraction of the price.

I’ve been on a lot of audio companies’ websites, but for all this time I don’t think I’ve seen a deal that even comes close to Native Instruments’ Komplete series of bundles.

Komplete 13 comes with 14 synthesizers, 30 sampled instruments, 5 drums and percussion instruments, 16 effects, and 24 expansions for only €599. That’s quite the markdown from their collective price of €6,888 if purchased separately. I failed math in high school and had to take a remedial exam, but even I can recognize an over 90% OFF deal when I see it.

Komplete 13 includes all of their must-haves instruments, including Massive X, FM8, Absynth 5, Kontakt 6, Reaktor 6, and Battery 4. It also includes Crush, the Mod packs, most of the Native Instruments’ mixing plugins, and most importantly, something called Elastic Thump.

On a more serious note, the thing everybody’s talking about, and the thing that I’m most excited about, is their long-requested update of Guitar Rig.

As someone who’s played guitar for longer than I’ve known how to do my taxes, this is incredible news. Guitar Rig was a pioneer in amp and effect simulation and the only real option if you wanted to record directly to your computer. 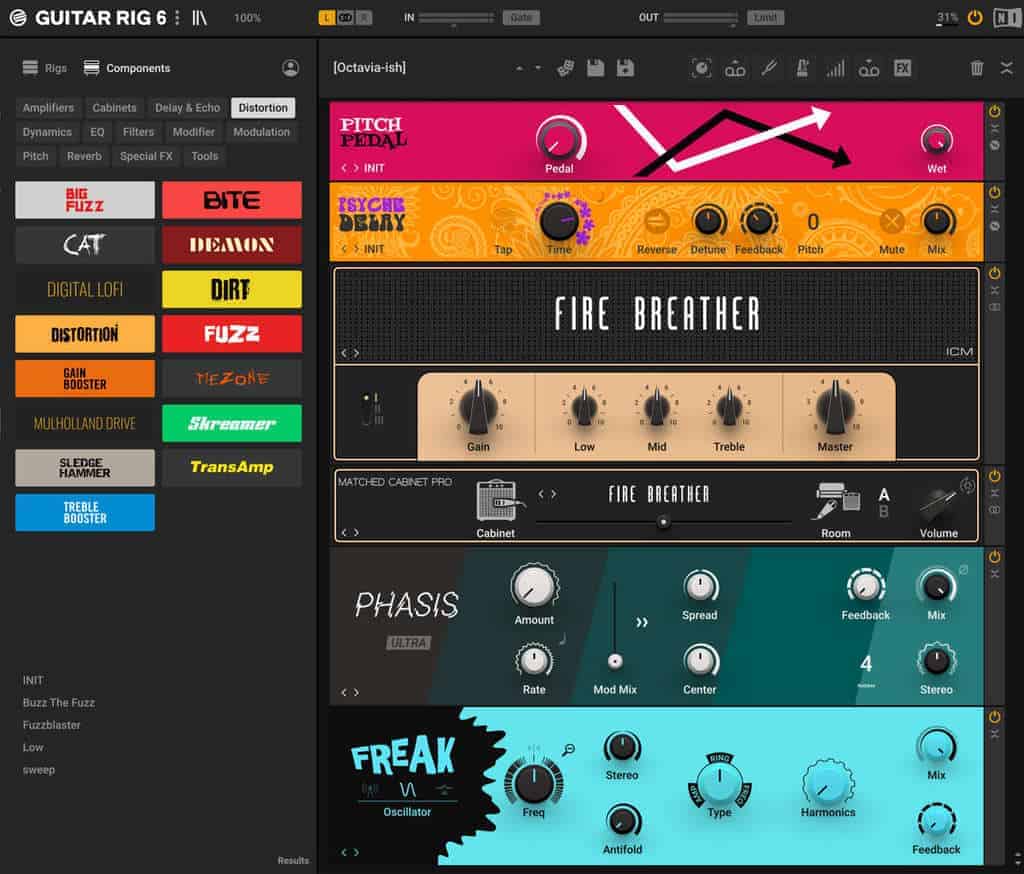 The updated Guitar Rig 6 is included in Komplete 13.

Guitar Rig 5 was released all the way back in 2011 but didn’t see many updates since and was eventually leapfrogged by plugins like Bias FX and the JST Toneforge series.

I have to say, it’s really good to have Guitar Rig back, especially with all these new features.

The software now uses modeling technology they’re calling Intelligent Circuit Modeling. Interestingly, the company claims that they’ll be working with their users to choose what they do next. That’s a very refreshing approach and definitely new for the company. Oh, and the modeling technique is based on machine learning, so that’s cool too.

Moreover, similarly to how Reaktor lets you use parts of different NI synths you own as modules, Guitar Rig also integrates most effects made by the company. That’s just fantastic flexibility for what you already own and it’s bound to lead to some truly unique sonic possibilities, and not just for guitarists.

Regardless of where you’re aiming (and how many free gigabytes you have on your workstation), each of these is a mind-blowing value and NI also offers very flexible crossgrades.