Native Instruments have launched a 25% OFF deal on the Massive X virtual synthesizer, with three expansion packs included as a free add-on for a limited time.

Massive is basically a household name when it comes to virtual instruments. It was the wavetable synth to beat for the longest time, with its original version being around for over a decade. I remember checking out Massive back in high school, and I already have some gray hair these days. That’s how far back the legacy of NI Massive goes.

So, when Native Instruments announced Massive X back in 2018, it was the music software industry’s equivalent of the moon landing.

And boy, was it ever an upgrade over the original. I consider myself a reasonably competent synth guy, but Massive X has so many features that looking at a screenshot of its interface gives me indigestion. It’s like a Swiss army knife that’s a fractal of more Swiss army knives, infinite in all directions.

There’s undoubtedly a learning curve to this virtual instrument, so you want to get down to business now rather than later.

Well, one of the best ways to get to grips with a new synth is by immersing yourself in and messing with presets made by people who know what they’re doing. Massive X already comes with quite a bit of them, and more are added with each update, but what if you want even more?

Well, Native Instruments recently announced that they’d be doing expansions for Massive X. There are six out already, with three of them being included with this promotion. 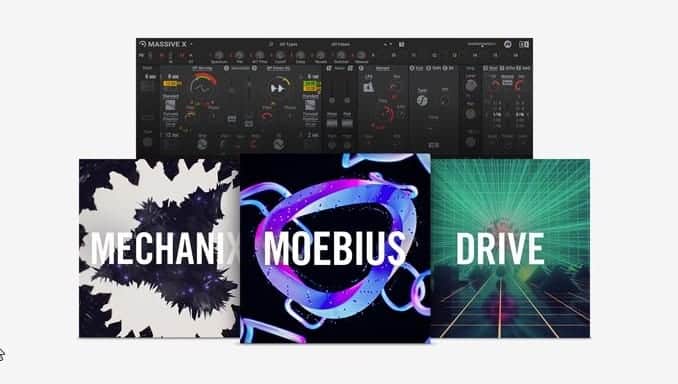 Let’s take a look at all three expansions that are included as free add-ons in the Massive X sale.

Each soundbank brings something new to the table and really makes the software shine. Regardless of the genre of music that you’re making, there’s an abundance of presets that you can use right away or edit and reshape to your liking.

Massive X is a virtual synthesizer available in VST, AU, and AAX plugin formats for compatible digital audio workstation software on PC and Mac. Only 64-bit plugin hosts are supported.