The included sounds cover a variety of genres, from sci-fi and futuristic SFX to horror and thriller sounds, organic textures, synthetic elements, and more. The library includes hundreds of epic SFX sounds that are perfect for use in trailers and films. 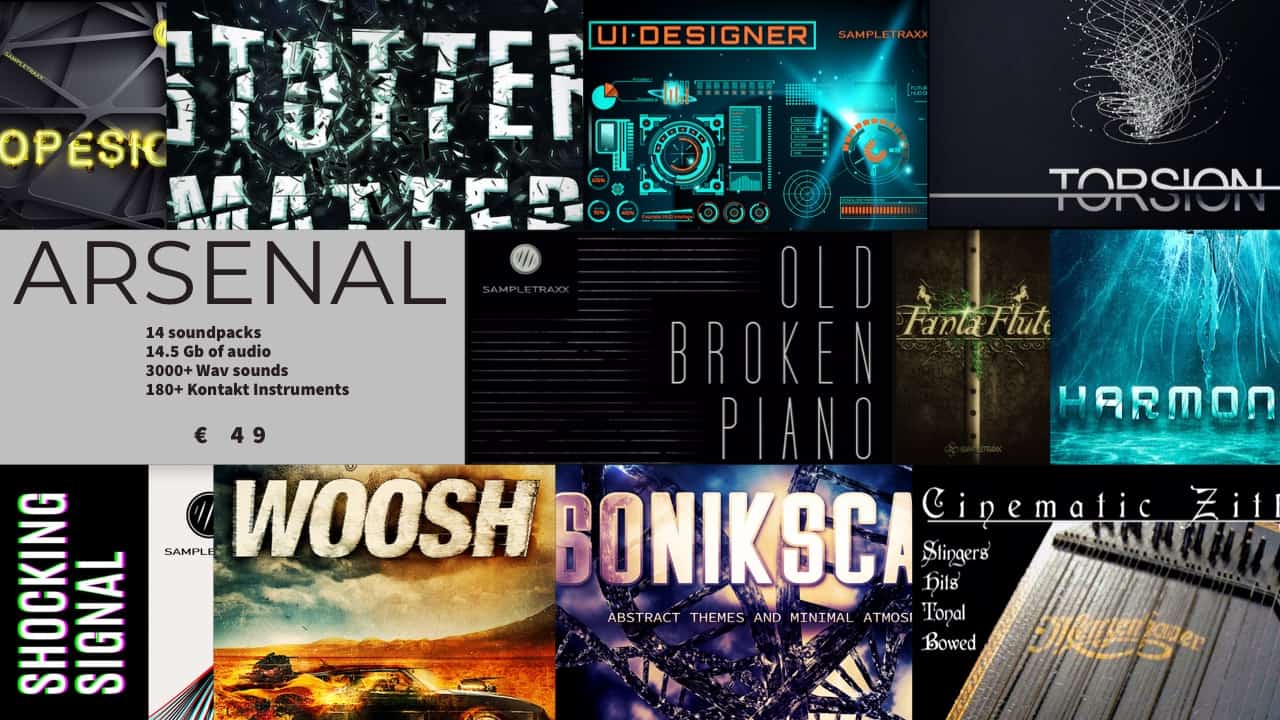 The image shows some of the libraries included in SampleTraxx ARSENAL.

In addition to the sound effects in WAV format, the ARSENAL bundle contains 180 instrument patches for Native Instruments Kontakt, based on three different Kontakt engines. These sounds can be edited and reshaped in Kontakt, allowing the user to create countless sonic variations.

“Get a real ARSENAL of 3000+ cinematic sounds effects for trailers, soundtracks, and electronic music projects. Find organic and synthetic elements, horror and scary, futuristic and sci-fi. ARSENAL features all you need to make sonic wonders.

Our sound effects have been used on major and indie trailer campaigns such as Last Night in Soho, Escape Room 2, Alien Covenant, Blade Runner 2049, JigSaw, BattleField, just to name a few. Our work has been supported by major composers and audio professionals such as Charlie Clouser, Tom Salta, Ramin Djawadi, Chris Dudley, Samuel Justice, and Charles Deenen.”

Another highlight is the ease of use. The included content is clearly labeled and organized, making it easy to locate the proper sound effects for your project and ensuring an effective workflow.

On a related note, SampleTraxx launched the Black Friday sale with a storewide 40% OFF discount. Only the most recent SampleTraxx releases are not included in the offer (Darko, Platform, and Volta).