PaulXStretch is now available as an iOS app and AUv3 plugin for compatible digital audio workstations and plugin hosts.

Are you a professional sound designer or an avid newbie to the world of sound design who also owns one or multiple iOS devices?

Well, if that’s a yes and a yes, you are going to love this new app and plugin based on the legendary extreme stretch algorithm originally developed by Nasca Octavian Paul. Paul’s Extreme Stretch, or the well-known PaulXStretch plugin for Mac and Windows, is a sound stretching application that has no comparison and no competitors.

It is not your usual sound stretching algorithm that most DAWs have. It is not meant to stretch out the sound while remaining faithful to the original. 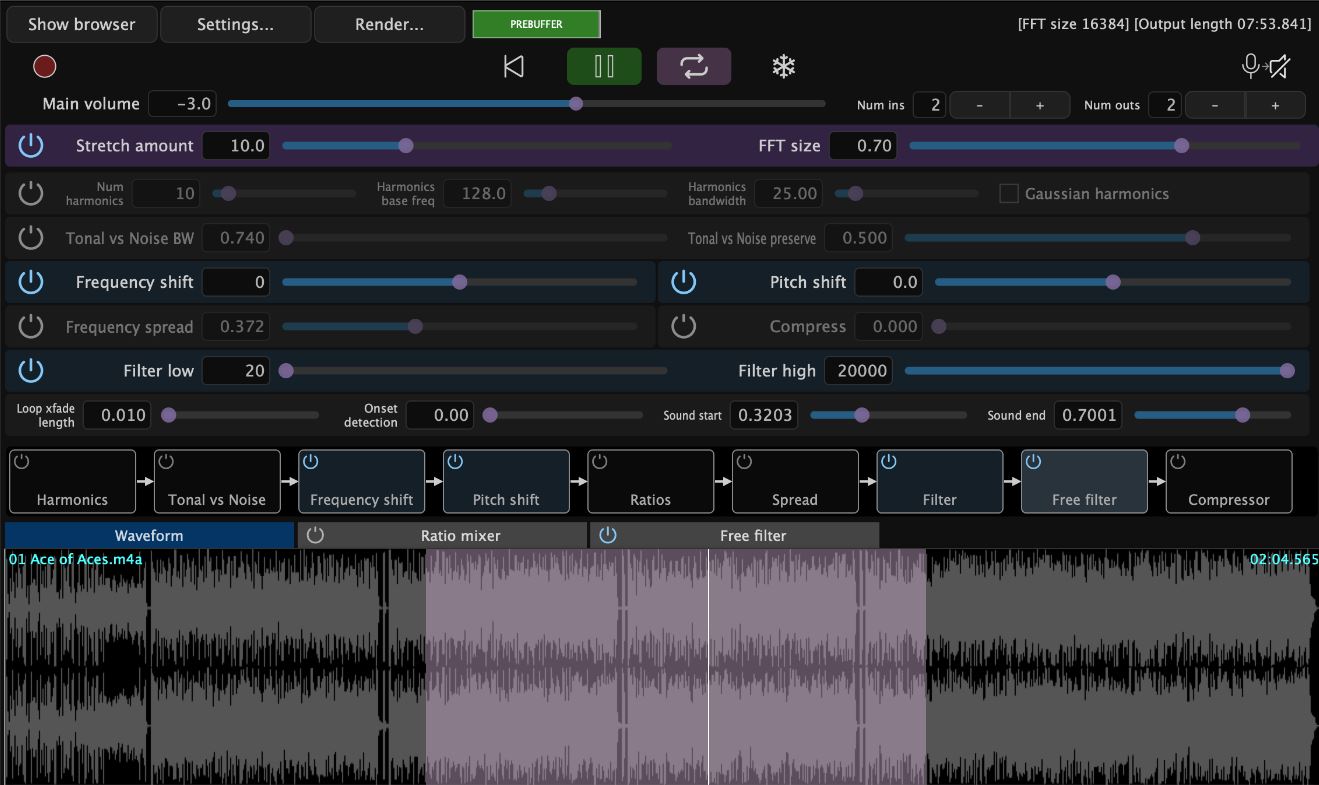 Instead, it is meant to mess with the sound and take it apart so that a tiny bit of sound (2 seconds minimum, 120 seconds maximum) can be smooshed together and stretched effectively into infinity. To be precise, though, it can stretch any given sample up to quintillion times the original length.

To put it in perspective, a quintillion is one followed by 30 zeroes. Let that sink in for a bit.

So what can you do with this app and plugin? When using PaulXStretch in the app mode, you can record something live or load an existing file into it. As a plugin, you can feed live sound into it. Then you can mark the portion of the sound that you want to stretch out. As soon as you hit play, the algorithm goes to work and gives you a beautiful, stretched-out ambient sound that sounds out of this world.

There are videos online that will teach you how to manipulate the various settings, so don’t feel intimidated by the UI. It is a lot of fun! Here’s a good one to start off with. All the controls seen in this video are also present in the iOS app/plugin.