U-He has updated its freeware Zebralette virtual synthesizer with a brand new GUI and support for macOS Big Sur.

And that’s exactly what U-He did with Zebralette. What you’re getting for free is a polyphonic wavetable synthesizer with a 16-slot wave set, waveform editing, 24 spectral effects, three audio effects, a 32-stage envelope generator, and more. The instrument also includes 300 factory sounds.

U-He describes Zebralette as “their version of a Trojan horse” because it’s supposed to tickle your imagination enough to try Zebra2 and upgrade to the full version.

Whether or not that is true, there’s no denying that Zebralette is a must-have virtual instrument. It’s is probably mentioned on every list of freeware synthesizers, along with U-He’s fantastic Tyrell N6 softsynth.

Despite its complex oscillator, Zebralette is endlessly fun to use. Create custom waveforms, warp and mangle them with spectral effects, and use the WaveWarp control to morph the sound.

Zebralette is a refreshingly different virtual instrument, especially if you’re spending most of your time playing the standard subtractive and virtual analog synthesizers. It’s almost too good to be released as freeware.

But, is it possible to make such a great freebie even better? Obviously, the team at U-He thought so. 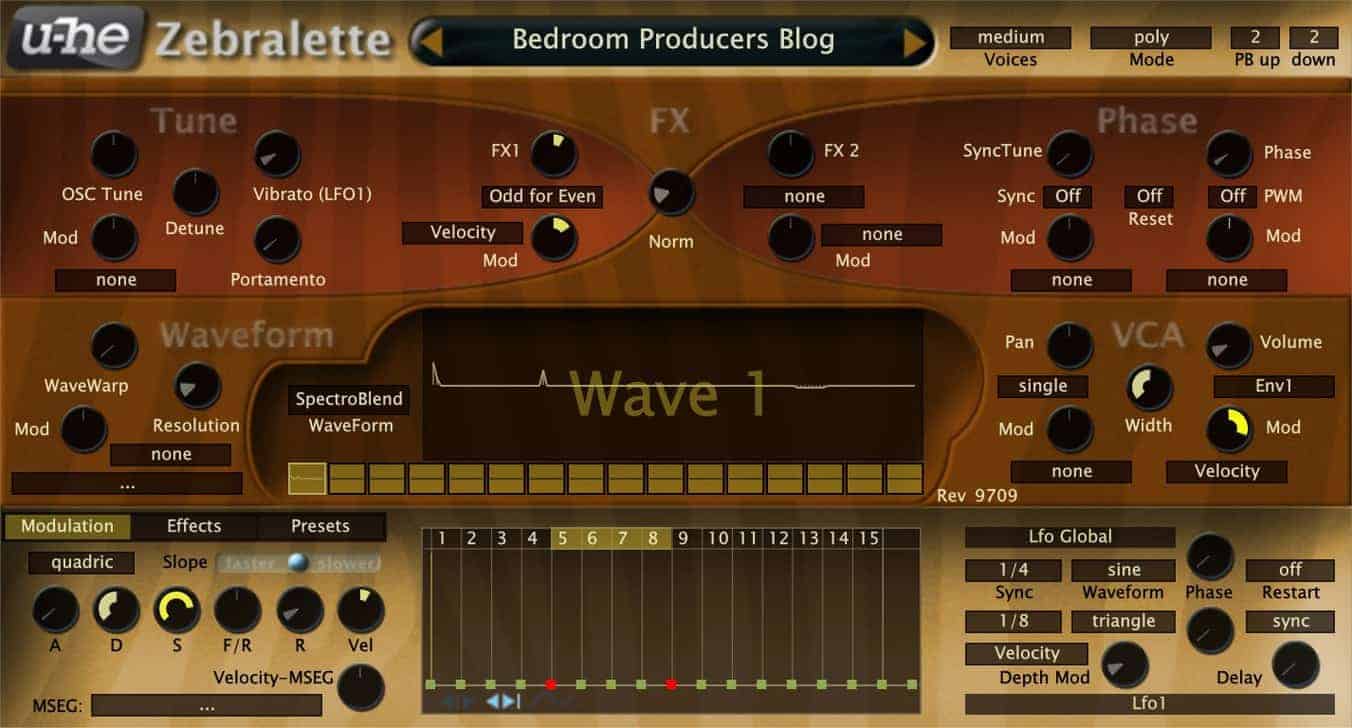 Here’s a screenshot of the old Zebralette skin for comparison.

The latest version of Zebralette (2.9.2) introduces several improvements, the most notable of which is a new GUI design. Compared with the old Zebralette interface (pictured above), the new skin looks a lot more modern and clean. It also features a handy preset manager for organizing and storing custom sounds.

The new version of the instrument also introduces compatibility with the latest macOS Big Sur and fixes a number of known issues and bugs. Another addition is the soundset installer, which minimizes the effort needed to install new presets.

The new and improved preset manager in Zebralette.

Zebralette is available in VST, VST3, and AU plugin formats for digital audio workstations on PC and Mac. Both 32-bit and 64-bit hosts are supported.