Monoplugs has re-released its Monique and B-Step Sequencer plugins for Windows and macOS as freeware. Both products were priced at $49 previously.

Both the Monique virtual synthesizer and the B-Step Sequencer are available in VST, VST3, and AU plugin formats for digital audio workstation software on PC and Mac. Monoplugins re-released the two plugins as freeware in October 2020.

It’s always nice getting “premium” software for free, but let’s take a closer look at what makes these two now-freeware plugins worth downloading.

The developer describes Monique as a “bass and lead” synthesizer. It is a monophonic synthesizer with some rather unique features that make it fun to program and hard to learn. Thankfully, Monique comes with an in-depth user manual in English and German.

The instrument features three continuous morphable oscillators, three filters, and an equalizer bank. You’re also getting an arpeggiator, a collection of effects (delay, reverb, distortion, chorus, and more), a real-time waveform display, and enough modulation capabilities to keep you busy for days.

Honestly, Monique is not the type of synthesizer that can be described in one short article. I recommend reading the manual before trying to build a patch from scratch because there’s just too much going on “under the hood” to figure out on your own.

“Challenge accepted!” I hear you say. And to that, I respond, “Good luck!”

As a brief introduction to what awaits you on the road to figuring out Monique, do check out the official introduction video.

Before you download the synthesizer and start tweaking those knobs, here’s a quick note about the user interface.

Considering that there are so many parameters to work with, Monoplugins did an excellent job with the control layout. It’s fairly easy to figure out the routing simply by looking at where the control is located on the GUI.

That said, the GUI feels very laggy at all times. Now, this could mean that my laptop is in desperate need of an upgrade, but I rarely used a plugin with such a noticeable delay when rotating a knob or pressing a button. I’m interested in hearing if Monique works better on other computers, so do leave a comment to let me know.

UPDATE: It seems that the plugin performs much better on other people’s computers, indeed. 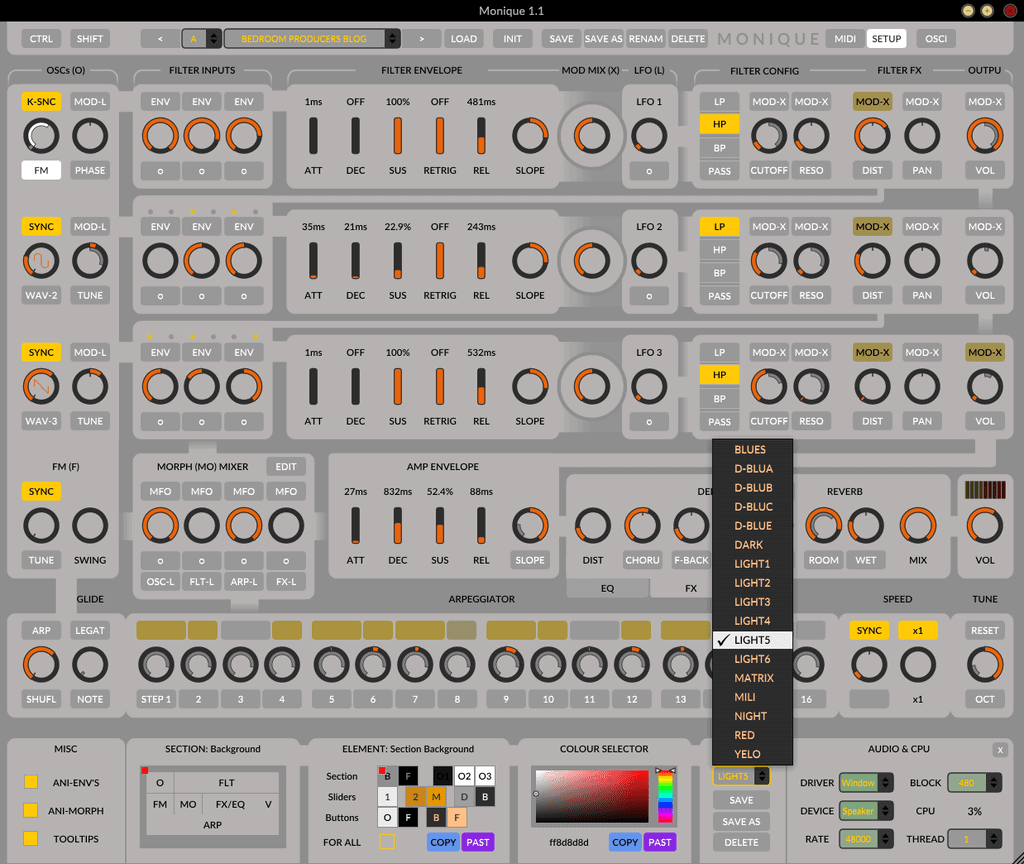 Monique’s user interface is resizable, and there are multiple visual themes to choose from.

On a positive note, the interface is resizable and you can set it to any color you like. Monoplugs included a rather large selection of visual themes, and some of them look simply gorgeous.

B-Step Sequencer is a versatile sequencer for creating melodies, basslines, chord progressions, arpeggios, and sequencing drums. It is optimized for multi-touch displays, which are becoming more and more common on laptops nowadays. 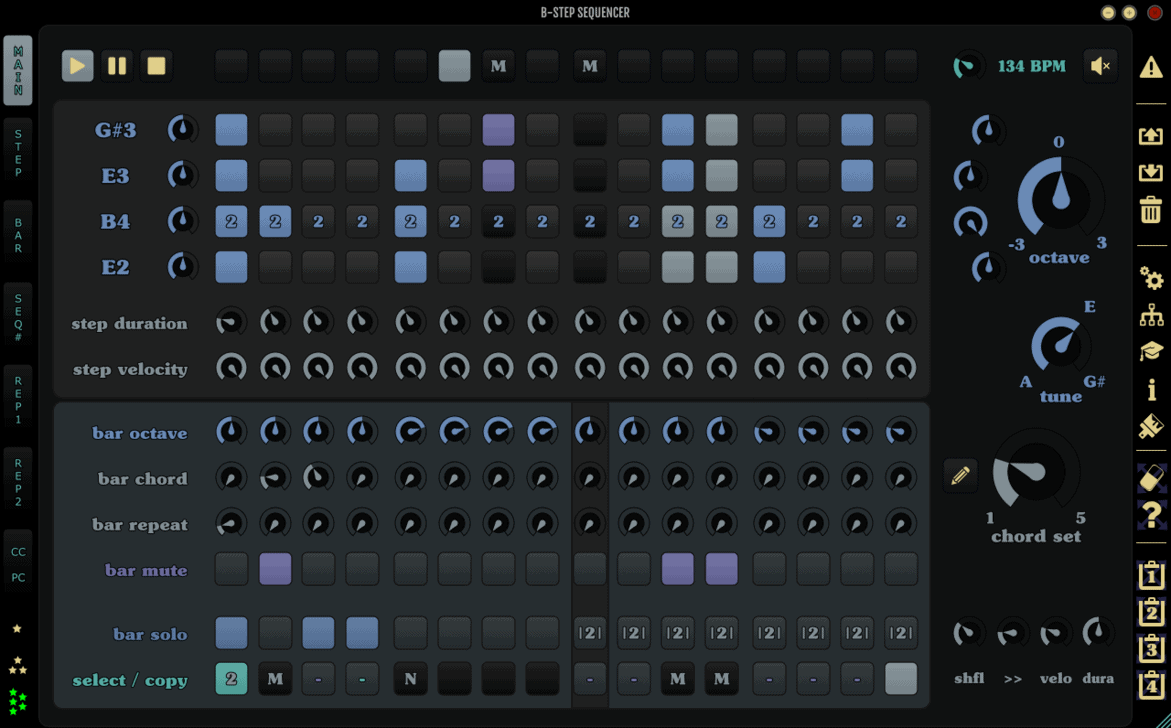 B-Step Sequencer is a sequencing powerhouse.

Pair a feature-packed step sequencer with a touchscreen laptop, and you have a powerful centerpiece of a live setup.

Much like the Monique synthesizer, B-Step Sequencer almost has too many features to count. It offers pattern auto-chaining, reverse playback, shuffle, step probability, step skipping, custom UI themes, and more.

Both plugins can be downloaded for free from Google Drive. I linked to the product pages on KVR Audio, though, because it seems that the official website is no longer available.

Monique and B-Step Sequencer can run as plugins in your 32-bit or 64-bit DAW, but you can also use them as standalone applications. Perhaps the latter option can be useful in some live performance scenarios.

UPDATE: It seems that Monoplugs went out of business and that this is the reason why Monique and B-Step Sequencer are now free.