The free TDR Molotok and paid TDR Molot GE are based on the legendary Molot freeware compressor by Vladislav Goncharov. He is also the developer behind Limiter №6, another “Hall of Fame” freeware plugin (and one of the top picks in our list of free limiter VST plugins).

So, what’s new in TDR Molotok, and should you upgrade?

I still haven’t put TDR Molotok through its paces on any serious project because the plugin has only been available for a few hours when writing this article. My initial impressions are that, much like the original Molot, it sounds fantastic on drums and percussion.

TDR Molotok can glue an acoustic drum mix like it’s no big deal. You can also use it to add grit and character to individual drum hits. Or, go completely crazy with it and use it as a hammer for smashing drum loops into pieces (after all, the word Molotok means “Small Hammer” in Russian). 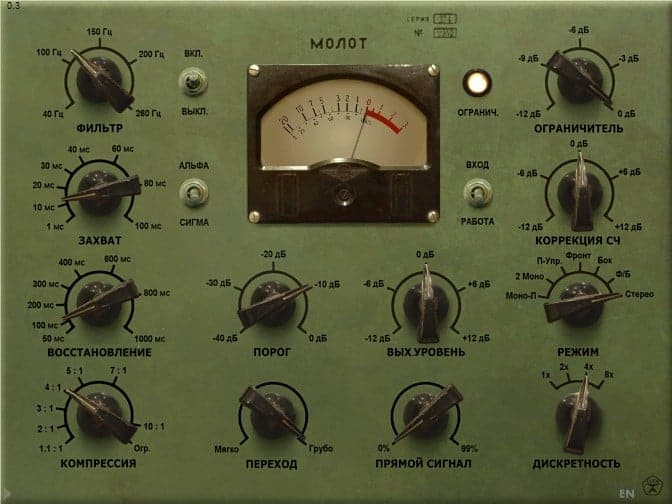 Here is the original VladG Molot skin for comparison.

The most significant difference between the original Molot and Molotok is in the GUI design. The new plugin sports a brand new user interface, both visually and in terms of functionality.

Now, I’m a big fan of the classic Molot design and its Cyrillic lettering, but I do like the updated control layout in Molotok. Most of the knobs are placed differently, and the new structure makes a lot of sense.

Perhaps more importantly, TDR Molotok introduces numerous workflow enhancements like A/B testing buttons, a bypass switch, a resizable GUI (from 100% to 150%), and an adjustable refresh rate. You’re also getting a preset manager, which was lacking in the original.

The workflow enhancements don’t stop there. The user can copy and paste settings between multiple plugin instances, adjust the GR meter’s gain range, and change the mouse sensitivity when dragging a control. As much as I loved the old Molot interface, TDR Molotok truly is an upgrade over the original. 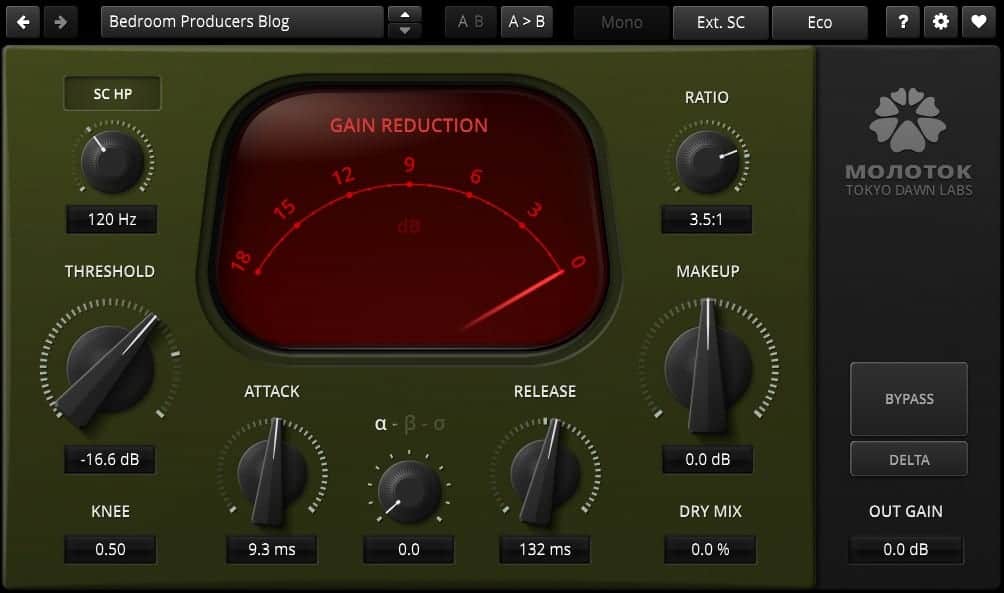 Also worth noting are the new plugin formats. The original Molot was only available as a VST2 and Audio Unit plugin. TDR Molotok adds VST3 and AAX plugin formats to the list.

TDR Molot GE is the “full” version of TDR Molotok. Before comparing it to Molotok, here’s a quick introduction.

Tokyo Dawn Records is known as one of the plugin developers that offer the most “bang for the buck” on the market. Their “GE” or “Gentleman’s Edition” plugins are reasonably priced and provide substantial upgrades over their freeware counterparts. 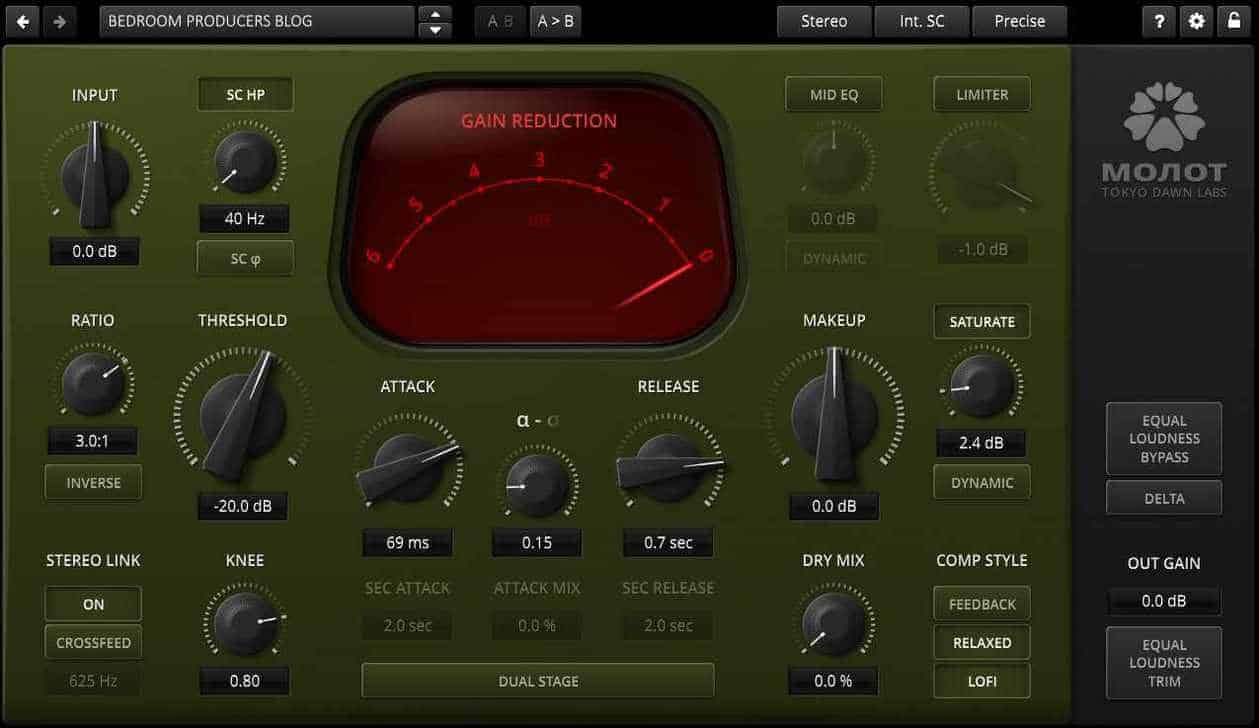 TDR Molot GE is the full version of TDR Molotok.

At the same time, TDR’s free VST plugins never feel crippled or as something that’s only there to push you into purchasing the “real deal.”

As expected, this is also the case with TDR Molot GE. It is a significant upgrade over TDR Molotok, but the free version is still a capable compressor on its own.

The new TDR Molot GE costs €40 at Tokyo Dawn records and $40 over at PluginFox.

TDR Molotok is available for direct free download from Tokyo Dawn Records. No registration is required.

The software is available in VST, VST3, AU, and AAX plugin formats for digital audio workstations on PC and Mac. Both 32-bit and 64-bit plugin hosts are supported.