2B Delayed is a stereo delay effect in VST, VST3, and AU plugin formats for digital audio workstations on PC and Mac. The plugin was released in August this year and normally costs €7,99 in 2B Played Music’s online store. However, you can download it for free by using the code FREEPLUGIN at checkout.

The free download offer ends on October 18th. It was supposed to end on Friday (yesterday), but the developers extended it by 48 hours.

It’s a typical delay plugin without any bells and whistles. In addition to the standard delay time, feedback, sync, and mix controls, you’re also getting a pair of resonant filters and a built-in distortion effect. Feature-wise, this is probably what the majority of native delay effects in popular DAWs have to offer, except for, perhaps, the distortion. 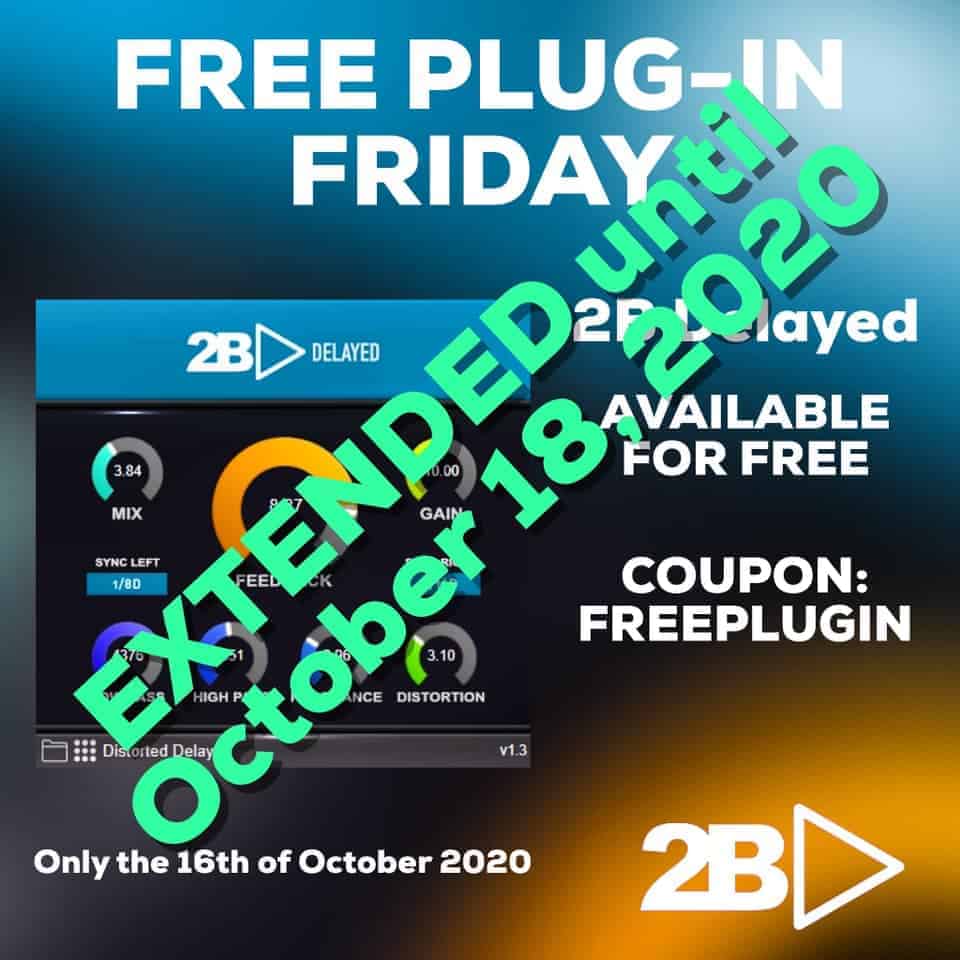 2B Played Music extended the free download offer by 48 hours.

On the other hand, 2B Played Music claims that 2B Delayed was “built to extensively manipulate the audible delay with the advanced filter and distortion technology,” so it might be worth a try if you like playing around with filtering long feedback delays. That said, I haven’t tested the plugin myself yet. There’s so much stuff to cover in October and November that I simply don’t have the time to review every freebie before posting the news.

With this delay you can achieve traditional stereo or echo effects, but you can also give the delay a light character by means of distortion or completely distort it by going beyond all limits in combination with the feedback control and the resonance filter.

You’re welcome to share your thoughts about 2B Delayed in the comments section. I’m always happy to hear your tips and opinions about the software that gets featured on BPB.

So, better hurry up if you want to download 2B Delayed for free because the offer ends on Sunday. The effect should work in all 64-bit digital audio workstations on PC and Mac, as long as they can host VST, VST3, and AU plugins.